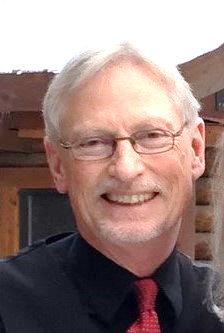 Today, if you live in the German-speaking parts of the world, you’ll hear, er ist auferstanden!  Or, if you are one of the six hundred million Spanish-speakers in our world you’ll hear, ‘el ho resucitado!  But if you’re like me, you’ll hear, He is Risen!  Over two billion Christians will affirm their faith in a living Savior, Christ the Lord.  And of course, the response to He is risen will be, he is risen indeed!  This is not a day for anemic responses to, he is risen like, well I think so or gosh, I hope so.  On this day our two-billion strong faith is a rock the size of Mt Everest that shouts to the world, He is Risen indeed!  And by day’s end we will have sung, danced, shouted, rapped, swayed, and knelt before the truth of our faith that says, he has risen indeed!

Of course, what inspires our call and response are the stories we hear and read in the Gospels.  The Gospels are really the family album of the Church that recounts the amazing resurrection stories that shape our faith.  In today’s Gospel lesson in John 20, for example, Mary is befuddled by His missing body.  Thinking that this is either the work of a careless caretaker or graverobbers, she runs and recruits Peter and a friend.   Apparently, the trio fan out and scour the cemetery in search of Jesus.  They never do find his body, of course, so they’re left with the unsolved mystery of an empty tomb and a missing body.  But we know.  We’ve been through this treasured story before.  So, we know that in the end, the trio will meet the resurrected Lord.

In my experience, that’s where we usually end the homily.  We sort of nod in agreement about Christ’s resurrection and then we’re ready to jump into the fourth verse of Christ the Lord is Risen Today and march proudly out of living room worship area to pick up our take-out Easter brunch.  He is risen!  He is Risen indeed!

But there is more to the story.  And that’s where I want to nose-dive.  Go with me to another page from the Church’s family album.  It’s just a snippet, really, a tiny piece of Scripture from Paul’s letter to the Colossians:

We know resurrection stories when we hear one.  And this certainly doesn’t sound like a resurrection story.  It isn’t even a story.  I think most of us would rather catch the train that takes us back to the colorful stories in John about missing bodies, empty tombs, and warm feelings.           Here’s what I think’s going on.  Paul is writing more than twenty years after that first Easter.  As you know, he starts out as an enemy of Jesus trying his best to stamp Christians out, many of whom had been eye-witnesses of the empty tomb.  Then something happened along the way.  He too, ran smack dab into the resurrected Lord.  In fact, according to Paul, he was the last person to have had one of those personal resurrection encounters.  So now he’s writing about the resurrection even before the Gospels were written.

But here’s why Paul’s story is important.  Paul is on to something.  But you won’t find it in most of the other gospel stories.  This insight could only have come later upon reflection.  Did you catch how Paul chooses to begin his resurrection reflection?  He starts out with, if you have been raised with Christ.  Raised with Christ?  Us?  Really?    Easter is about Jesus—his resurrection from death.  After all, that’s what the Creed says: “he was crucified, died, and was buried; he descended to the dead; on the third day was raised from the dead.”  So, what are we doing in a resurrection story with Jesus?

Okay here’s what Paul saw that very few people in his day saw.  Paul says that Jesus wasn’t the only one God raised from the dead that day.   Jesus is called the “firstborn from the dead.”  Paul assumes that we know that simple fact.  That when he arose, he also raised all of those who’d trusted in the Lord centuries earlier would also be raised with him.

Remember that passage in Psalm 24?  Listen in on an ancient conversation . . .

Lift up your heads, O gates!

And be lifted up, O ancient doors,

That the king of glory may come in.

Who is this King of glory?

The LORD, strong and mighty,

The LORD mighty in battle.

I think this conversation is happening seconds before Jesus rose from the dead.  When Jesus walked out of that tomb that Sunday morning, he ripped the door off the hinges because he is strong and mighty and he is the King of Glory.  And so suddenly thousands of imprisoned and entombed people began to walk out of the tomb, out of death and into life.  And now Matthew’s resurrection story begins to make more sense.

The tombs were also opened.  And many bodies of the saints who had fallen sleep were raised, and coming out of the tombs after his resurrection they went into the holy city and appeared to many.[2]

When the doors of Death are ripped off their hinges, its easy to walk out of the cemetery.  Can you imagine?  Jesus comes up from the dead and in his train was this long line of God’s People that had lived and died in the hope that done day there would be a resurrection through God’s power and authority.  I wonder who you would have seen that Easter Sunday.  Whoa!  There’s Abraham!  And look, there’s Isaac and Jacob and Joseph hugging his brothers.  And over there, I can’t believe it!  There’s Moses and Mariam with her tambourine once again singing God’s song of deliverance.  And Hannah and Samuel and Deborah and there’s even chicken-liver Gideon—look at him now, rising as a man of valor.

And that’s just the beginning.  Paul says that if we have been raised with Christ—that’s where God really sees and has placed you.  God placed you in Christ and when Christ was buried, you and your sins were forever buried.  And when Christ arose victorious over death.  Guess where you were?  In the heart and mind of God you were also raised from the dead.  A new life.

And that’s why when we die in the Lord, it is never the end.  For in his resurrection, Jesus has ripped the Death’s doors off its hinges and when we die, we will we hear those words again:  Lift up your heads, O gates!  And be lifted up, O ancient doors—another one is coming through!

No wonder our earliest Christian brothers and sisters could be so brave.  They faced starvation, being thrown to the lions, crucifixions, and beheadings and beatings with joy and confidence.  They were no anemic, half-disciples.  They were all in.  Because they knew that in Christ’s resurrection was their resurrection.  That when they became Christians, their old person was in the cemetery and their new Christ-Self was inside of them and they were in Christ.

So, hear the good news that will baffle the devil and bedevil the demons.  He is Risen!  He is Risen Indeed!  And because I live, says Jesus, you will live also.  Amen.